The effects of exercise intervention on elite swimmers' posture 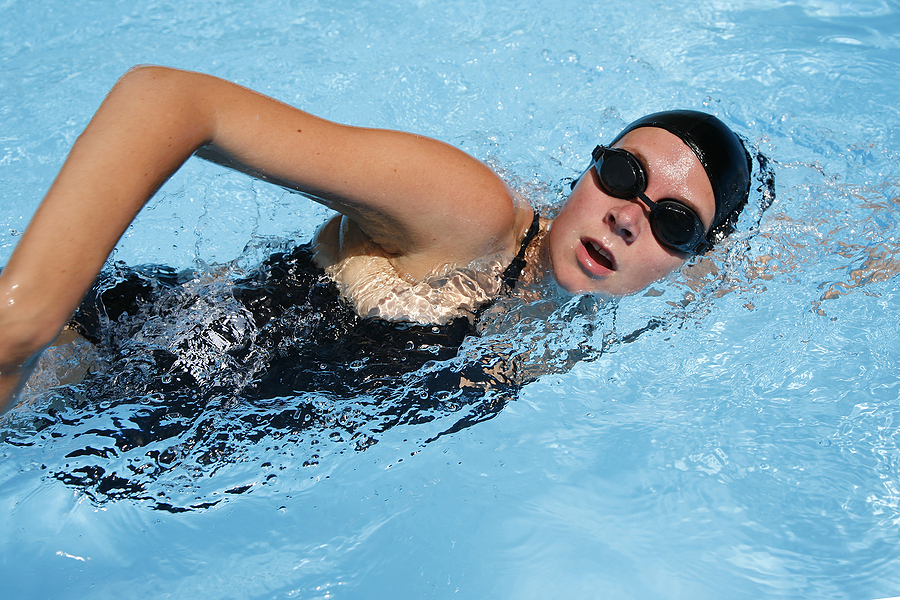 Most swimmers competing at a serious level practice 6-7 days a week and swim an average of 12,000 m per day, rotating their shoulder roughly 16,000 times each week. Over time, this repetitive motion can likely damage the shoulder and lead to sidelining complications, with one study showing 47% of collegiate swimmers reporting shoulder pain (or swimmer's shoulder) for three weeks or more at some point in their career. These conditions are usually caused by postural malalignments of the head and shoulder, which influence muscular balances surrounding the shoulder and can cause pain. Forward head posture (FHP) is a forward inclination of the head associated with the shortening of muscles surrounding the shoulder, and is typically found in athletes that have shoulder pain to begin with. Rounded shoulder posture (RSP) is characterized by the shoulders moving too far forward and is associated with the lengthening of the scapula (shoulder blade) due to muscular imbalance. Exercise interventions intended to strengthen weak muscles and stretch tight, overdeveloped muscles are believed to improve FHP and RSP. In order to better evaluate these potential effects, a study was performed on a group of division I collegiate swimmers meant to determine the specific impact of an exercise program.

Design of the study

Subjects for the study were 28 NCAA Division I varsity swimmers, ages 17-23, half of which were assigned to an exercise group and half to a control group, and all of which demonstrated symptoms of FHP and RSP. Prior to the intervention, subjects were graded on postural alignment and strength using a number of instruments and tests, and were then issued the American shoulder and elbow surgeons shoulder assessment (ASES) to determine shoulder pain and function. RSP was determined by total scapular distance (TSD) and forward shoulder translation (FST), which measure posture and flexibility. The intervention itself consisted of an eight-week stretching and strengthening program in which exercises were performed three times a week in addition to normal team practice. Strengthening exercises focused on shoulder muscles and were performed in three sets of 10 repetitions, while the stretching portion was meant to increase the flexibility of the chest (pectoralis) and neck muscles. Subjects were instructed to keep a log and were randomly monitored for compliance.

The improvements with FST and cervical angle support the belief that these exercises can definitively help overall posture, while lack of supportive evidence for other measurements can be explained by a number of limitations, including subject compliance, length of the intervention, type of exercises performed or intensity level of training. Pre-test scores were also taken at a point in swimmer's seasons when they were swimming 8,000-14,000 m a day, while post-test scores were taken when they were swimming 20,000 m a day, which may explain why both groups experienced increases in strength. Despite these few shortcomings, sufficient evidence is produced that shows exercise interventions can have a significant impact on decreasing pain and improving overall posture for elite swimmers.