Patients who undergo therapy before surgery spend less on care after 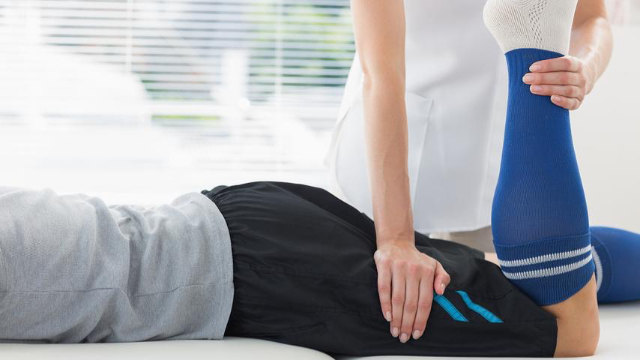 Arthritis is one of the most common causes of disability in the U.S. Approximately 50 million Americans have been diagnosed with some form of arthritis, and about one of every three of these patients has reported being physically limited due to their condition. Osteoarthritis-often referred to as wear-and-tear arthritis is the most common form of the disease, and it can be especially troubling. In this type of arthritis, protective cartilage at the ends of bones gradually wears away, sometimes to the point where the bones begin rubbing against one another. Osteoarthritis that progresses to this point is referred to as end-stage arthritis, which often requires aggressive treatment. Total joint replacement surgery has now become the treatment of choice for end-stage arthritis of the hip or knee, and the rate of this surgery is only expected to increase in the future. To improve the outcomes and reduce the costs for patients who undergo surgery, physical therapy is commonly recommended before the procedure. Preoperative physical therapy, or "prehabilitation," prepares patients' bodies for the procedure and teaches them what to expect; however, research is limited on its effectiveness. For this reason, a study was conducted to investigate the association between prehabilitation and the use of care after surgery, as well as the associated costs of this treatment.

To conduct the study, researchers looked for medical records of patients who received treatment after having surgery for hip or knee osteoarthritis. This search led to a total of 4,733 patients being identified who fit the necessary criteria, and data related to their treatment was collected and analyzed. Researchers were particularly concerned with the care these patients received within 90 days after being discharged from the hospital, and the impact that pre-habilitation had on their use of care and its costs.

Pre-habilitation associated with a reduced use of care after surgery

Results showed that overall, 77% of the patients studied used some type of care services after having surgery. In patients who did not receive prehabilitation, 79.7% used these services, compared to only 54.2% of those who received prehabilitation. With further analysis, it was found that the prehabilitation was associated with a 29% reduction in after-surgery care. This reduced use of care resulted in a total savings of $1,215 per patient, which was mainly the result of fewer payments to skilled nursing facilities and home health care.

These findings support the use of preoperative physical therapy-or prehabilitation-in patients preparing for hip or knee replacement surgery, as it can reduce the need for patient care and its associated costs following the procedure. Individuals who are scheduled to have this type of surgery should therefore consider having a short course of physical therapy prior to their surgery date, in order to increase their chances of a successful outcome and quicker recovery.