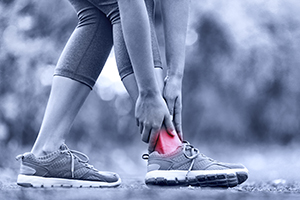 Course of recovery following injury is not yet clear

Following immobilization for ankle fracture—which may or may not be preceded by surgery—many patients experience pain, stiffness, and weakness that can lead to reduced physical function and increased sedentary behavior. In some cases, patients' ankles are not fully recovered two years after the fracture, highlighting long-term disability. This proves to be a major issue, yet the course of recovery following ankle fracture is still not clear. Based on this, a longitudinal study was conducted to investigate this course of recovery and the activity levels of patients in the first six months after immobilization.

An ankle fracture cohort was derived from a pragmatic randomized controlled trial that assessed the effectiveness of rehabilitation versus advice after ankle fracture. The cohort consisted of 214 participants, 42% of which had more severe fractures, who were immobilized for a mean of 46.6 days. These patients completed a self-report questionnaire at baseline (immediately after immobilization removal), one, three and six months later to determine physical activity levels and sedentary habits. This data was then compared to a general population cohort of 3,301 individuals.

After the immobilization removal, activity levels were unsurprisingly very low for injured patients. These levels increased within the first month, then increased slightly at the three-month mark, and plateaued by six months. These figures were found to be less than those for the general population at all time points. In addition, though 80% of the ankle fracture cohort met the WHO guidelines for physical activity six months after immobilization removal, only 33.7% reached a high level of physical activity at six months, compared to 53.2% of the general population. These patients also spent a considerably greater amount of time sitting at all time points assessed, which is likely associated with the lack of physical activity. These findings show that patients recovering from ankle fracture appear to increase their activity levels following immobilization removal, but eventually, taper off in their progress, spend too much time sitting, and fail to return to pre-injury or average levels. This calls for high-quality research to identify barriers to physical activity in this population and improved strategies for increasing activity levels during the recovery period.

-As reported in the April '16 issue of JOSPT